Beyond Pink and Blue, Pt. 1: Fresh Ideas for a Boy’s Nursery

Anyone out there expecting? If so, congrats! There are few times more exciting in life than when a lil bun is in the oven and soon to arrive in this big ole world, and we couldn’t be more thrilled for all of the adventures you’re about to undertake.

One such adventure is, of course, preparing the house for the new little critter, and that means creating a perfect nursery for your kid to spend his or her first few days in. Now, there’s nothing wrong with goin’ the traditional “baby blue for boys, pretty pink for girls” route, but to be honest, we at Prestige Painting are a bit tired of seeing the same old nursery in almost every new parent’s house.

Luckily, our years of painting some of the coolest houses in Alabama have given us access to some absolutely spectacular modern nurseries, so we came up with the idea to share a few of these great ideas with our readers over the next couple of weeks.

We’ll start with a few non-traditional and/or modern ideas for boys, then move to girls and then twins, and wrap with a little info on baby-proofing your home to keep your newest family member safe, and we’ll be updating our Pinterest boards with some excellent examples along the way. It should be a lot of fun, and hopefully we’ll get those creative wheels spinnin’ in your brains! Ready to get started? Let’s get to the boys then!

Every good room starts with the color, and for nurseries that almost goes double. It’s both a tradition and a good idea to keep the color palette simple and uniform in a kid’s room (as this is easier for their tiny, newborn eyes to handle), but that doesn’t mean that a boy’s room necessarily has to be that same, overused baby or sky blue that you see just about everywhere. 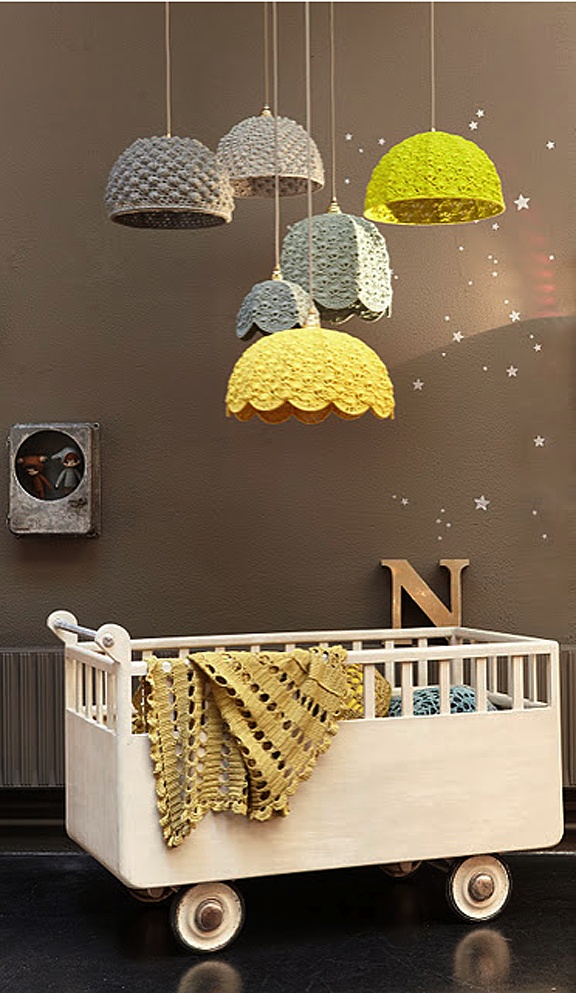 When it comes to gorgeous modern newborn boy colors, we’re crazy for non-traditional light tones such as beige’s, greys and off-whites. These provide the calming effect that a standard baby blue would without the cliche, cloying stereotype fulfillment that comes with a baby blue. They’re also wonderfully modern, making your nursery seem a bit more sophisticated than you might typically expect. Use these as a base color and add one more complementary shade for a delightful contrast, such as adding a lightly golden yellow to a light grey room, or a deep green to beige.

If you do feel like blue is the way you’d like to take the room, you can still get away from the cliche options by choosing a unique hue. Try blue-greens combined with more primary greens for a sea or forest-y effect that lends a relaxed, natural energy to the nursery. Another great option to achieve the calming effects of baby blue is to separate the colors that go into it, namely a darker blue and white. This will feel similar in overall effect, but gives a much more sophisticated, modern look.

Themes- They Don’t Have to be Lame

Many contemporary parents shy away from the idea of a theme because they can often come across hugely corny and, well, overly childish (as odd as that might sound when talking of infants). After seeing it done right a few times, however, we think it’s a shame to throw out the idea entirely

The key to making a good theme work for a modern boy’s nursery is twofold:

First, of course, you’ve gotta pick one! The trend for modern homes these days is to go with a theme that’s both masculine yet not overly childish. Some of our recent faves include classics given a new twist, such as sports, but with only vintage sports items, robots and sci-fi, also going the vintage, pre-1980’s look with classic posters and old toys, or astronomy, using modern, well-designed pieces as opposed to the typical “glow in the dark ceiling stars” type of decorating. We also love some less-traditional themes, such as an archeologist theme (think beiges, brass telescopes, maps), a Victorian den (Sherlock Holmes toned down), mythical creatures, or classic video games.

And second, the true key to any modern themed nursery is execution. Two excellent rules of thumb to follow are the “less is more” idea and always retaining a sense of balance in the room. When choosing decorations, always choose to collect a small number nicer pieces that will stand out as opposed to overloading the room with tons of cheap items. In the end, this might only be slightly more costly (and maybe not!), but the effects will be tremendously more appealing and contemporary.

Once you’ve got colors and a theme in mind, you’ve just got the actual decoration collecting left to do! On top of keeping in mind that a few better pieces will create a nicer room than a bunch of cheap ones, remember also that while this room is for your new boy, it’s going to be used and appreciated by adults. Don’t be afraid to incorporate decorations that, while they play to the theme, might seem more sophisticated, such as a nice, designer print for the wall or even an antique item or two (placed away from the reach of tiny hands, of course).

To find the best items locally, check designer decoration shops, upscale children’s boutiques or, if you want, you can try antique or vintage retail shops for some more interesting items. However, the Internet is just about your best friend when it comes to stocking a nursery with cool boys stuff, as an entire industry has grown up online that caters exactly to parents with a bent more towards modern, designer pieces. A few we love include large letters that spell the kid’s name in a sleek modern font, designer wall decals that avoid corniness and cribs that feature sleek lines and contemporary design.

By putting all this together with either a theme or a color to base the room around, you should have an excellent nursery for your little boy in no time. And, if you find some truly excellent decorations, you can probably even incorporate them into later bedrooms or other parts of the house when your little one has grown up a bit. Just remember to keep it simple and think outside of the standard baby blue, and your nursery will be the hippest room in your house with just a little shopping and planning. Then, all you’ve got to do is add one gurgling, squealing baby boy, and watch him grow up in a beautiful room in your lovely home.