Tax season is drawing to a close, and more than likely you’ve already completed yours for the year. While this does mean that you have quite some time before you have to do any extensive amount of tax work (hopefully!), a couple things that are always worth thinking about ahead of time are big items and projects that might potentially affect your next year’s taxes in a big way. 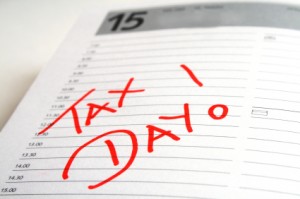 We’d all love to save money on taxes while also improving our lives, and that’s certainly a truth when it comes to making our homes better, more attractive and overall more fun to live in. Around this time of year, we get asked quite a lot whether there are any home improvements that you can make that are tax deductible, and that’s what we’re talking about today on the Prestige Painting blog.

The quick answer? Yes, but the rules are very particular. On top of that, most of these improvements aren’t for everyone, but there are three things you can do to reduce your taxes by improving your home. Before we get into those, however, we should note that each year the rules change, and it can be different from state to state, so take this article not as the be-all-end-all when it comes to improvements and reductions, but instead as a jumping-off point.

Perhaps the simplest thing you can do to improve your home is to add a space that is exclusively used for business. We’ll repeat that: this is a space that can’t be multipurpose and can only be used for one thing. The typical example is that you can’t simply set up a work space in a living room and claim it on your taxes as a deduction. What you can sometimes do (depending on situation, always consult your local and state laws as well as the tax laws for the current year) is to build or use a space as an office, practice, storage or day care in your home and claim a deduction on your utilities, mortgage and property taxes for that area according to the percentage of square footage in your house it takes up. So, for a small office that is only used for business and is 5% of your home’s square footage, you can often claim a 5% deductible on the things listed above.

Potential to Save on Sales Tax

This matters less now, but if you sell your house and have lived there for at least two of the last five years before selling and you make more than a $250,000 profit from the sale, you can save money on sales tax by adding in the cost of improvements. This works by adding the cost of improvements into what’s called the “adjusted basis,” which is the purchasing cost of the house plus any fees and other costs. After adding improvements, the adjusted basis number is then compared to the price at which you sell the house. If you’ve done a lot of improvements, this can mean that you have now made less than $250,000 in profit, meaning you don’t have to pay taxes, or, it can mean that you will pay fewer taxes because you made a smaller profit over $250,000.

There are a few other very complex ways to get tax deductions, but to find out if you qualify for any of those, you should really consult an expert on home taxes. Other than these, the only improvements that are deductible are very specific improvements that are made for medical and energy efficiency reasons.

Concerning tax deductible medical improvements, these are exclusively those that assist the impaired or elderly, such as adding wheelchair accessibility, hand-rails and modified bathrooms. Unless a person who will benefit from the addition of such items to your home is likely to live there, these are improvements that most homeowners can’t afford to make.

Energy efficiency improvements, on the other hand, are a pretty darn good idea if you can afford them. The rules for the tax credits that are received change from year to year, but typically they concern specific improvements that can be submitted for a credit that deducts a percentage of the cost of the improvements from your taxes.

It’s best to look these up for your area and year on your own, as they can vary, but a quick breakdown of some of the improvements that fall under this category for 2013 (they must be completed by December 31st, 2013) include biomass stoves and certain high-efficiency HVAC (heating, ventilation, air conditioning) units and mechanisms, insulation, roofs, water heaters and windows and doors (a credit of 10% of cost up to $500 or a specific amount from $50–$300), as well as geothermal heat pumps, small wind turbines, and solar energy systems (a tax credit of 30% of cost with no upper limit) and residential  fuel cell and microturbine systems (a tax credit of 30% of the cost, up to $500 per .5 kW of power capacity).

While these aren’t exactly the improvements many homeowners are thinking of, they’re actually great ideas, as they can end up saving you even more than just the tax credit. This comes from the fact that as energy efficient improvements or even improvements that generate energy (such as the geothermal heat pumps and turbines), they can reduce your utility bills substantially and pay for themselves over a certain number of years.

As you can see, it’s a bit of a tricky pickle trying to use home improvements to reduce your taxes, but it’s not impossible. Before making any improvements, we highly recommend consulting experts in both construction and the laws that will apply to your specific home. If, after doing that, you find a project that you’re interested in, well then, by all means get at it! These programs exist for people who need them, and they’re well worth taking advantage of if you can justify it.